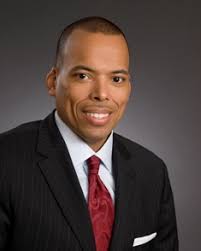 Texpatriate: What is your name?
RG: Ronald Green

T: What is the position you currently hold?
RG: Houston City Controller

T: What number term are you seeking? Have you held or run for previous public office?
RG: I am seeking my third and final term. Prior to being elected City Controller, I served three terms as an At-Large Houston City Council Member.

T: What is your political affiliation? We understand that City Council elections are nonpartisan, but this is a point many voters find important. If you are not comfortable currently identifying with a political party, what was the last Political Party’s primary election you voted in (a matter of public record)?
RG: I am a Democrat.

T: What was one action you have taken as City Controller you found the most meaningful?
RG: My office has championed the Bank on Houston program, which seeks to improve financial literacy and move more Houstonians into the banking system.

T: Why do you deserve another term?
RG: I have served effectively for the people of Houston. Our office has refinanced debt to save taxpayers hundreds of millions of dollars in interest payments; we have used the audit process to identify tens of millions of dollars recoverable by the City; and again, we have championed the Bank on Houston program to increase financial security for Houstonians.

T: What is an action you would take at the City Controller’s office in your next term?
RG: I would continue to use the audit process to identify recoverable dollars for taxpayers.

T: What has been the most rewarding experience in serving as the City Controller?
RG: Making sure that funding is available to deliver valuable city services to the people of Houston.

T: Obviously, an officeholder strives to maintain a diverse core constituency and political base, but all candidates have interest groups they have been traditionally strong with and traditionally weak with, respectively. For you, what would be one example of each type of group?
RG: I am fortunate to have a broad base of support from Labor (AFL-CIO, Houston Police & Fire), Business (Houston Contractors Association, Apartment Association), and Democratic/Progressive groups (Houston Black American Democrats, GLBT Political Caucus, Young Stonewall Democrats, etc.)

T: What has been the most important thing you have learned in your campaign?
RG: Houston is a large and diverse city, but ultimately people want the same thing from city government — high quality services that make the wisest use possible of their tax dollars to improve quality of life.