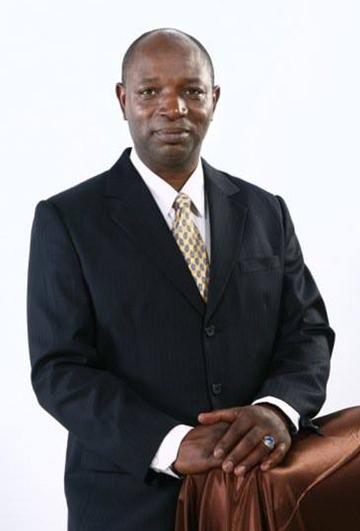 Texpatriate: What is your name?
AR: Anthony Robinson

T: What is your current occupation?
AR: Attorney

T: Have you run for or held public office before?
AR: No.

T: What is your political affiliation? We understand that City Council elections are nonpartisan, but this is a point many voters find important. If you are not comfortable currently identifying with a political party, what was the last Political Party’s primary election you voted in (a matter of public record)?
AR: Democratic Party

T: Open seats typically attract countless candidates. Why are you specifically running for this seat?
AR: In losing the leadership of CM Adams, the City and District deserves an advocate who understands how to work to improve the delivery of services and resources to the residents and offer effective guidance to the City at the same time. I have a personal interest in improving the Public Safety situation in the District that will allow the fostering of both development and economic opportunity. And, because I live in the District, issues such as the constant flooding, illegal dumping and inadequate service deliver affect me and my family directly.

T: Are you in contact with the incumbent Councilmember for this position? Would the two of you have a good relationship for a possible transition?
AR: Yes. I have a great deal of respect for the contribution CM Adams has made in improving the Quality of Life for District residents and will work to continue her current initiatives as well as expand upon some to achieve our mutual goal of a higher Quality of Life for residents.

T: What do you hope to get out of serving on the City Council?
AR: The honor of having achieved something concrete to further improve the lives of my fellow District resident and Houstonians. My service is to make a difference, and to accomplish that in a positive way would be my greatest ‘take away’ from having served.

T: What is an ordinance you would introduce in your next term?
AR: An ordinance has a City-wide impact. I have a idea of what I would like to introduce, but would need to do further research to examine the possible ‘unintended consequences’ of such a change to City-wide ordinances. That being said, I would prefer not make a premature suggestion of an ordinance which may become problematic in the future.

T: Obviously, an officeholder strives to maintain a diverse core constituency and political base, but all candidates have interest groups they have been traditionally strong with and traditionally weak with, respectively. For you, what would be one example of each type of group?
AR: A group that I have a strong interest in as a candidate would be the elders/seniors in the District. A weaker interest group would be those who have dogs that are not properly secured or kept confined.