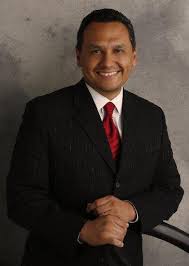 Texpatriate: What is your name?
EG: Ed Gonzalez

T: What number term are you seeking?
EG: 3rd

T: What is your political affiliation? We understand that City Council elections are nonpartisan, but this is a point many voters find important. If you are not comfortable currently identifying with a political party, what was the last Political Party’s primary election you voted in (a matter of public record)?
EG: Democratic Party

T: What was one ordinance you authored that has now become law? If none, what is an ordinance you have introduced?
EG: I am proud to have recently passed the Boarding (Group) Homes ordinance through City Council.

T: Why do you deserve another term?
EG: It has been my honor to represent the district in which I grew up on Houston City Council; I would love to finish my service with a 3rd and final term

T: What is an ordinance you would introduce in your next term?
EG: Re-entry and improved mobility are two passions that I am interested in pursuing during my final term.

T: What has been the most rewarding experience in serving on the City Council?
EG: Thus far, the opening on the Houston Center for Sobriety has been the most rewarding experience of my time on Houston City Council. I strongly advocated for the creation of the “Sobering Center” and am proud that as a city, we’re diverting over 19,000 arrests per year and saving about $4 million annually through innovative, compassionate, and proactive practices.

T: Obviously, an officeholder strives to maintain a diverse core constituency and political base, but all candidates have interest groups they have been traditionally strong with and traditionally weak with, respectively. For you, what would be one example of each type of group?
EG: I have been fortunate in that I have crafted strong relationships with each of the diverse communities of District H. I feel that I am a strong candidate and well regarded elected official throughout District H.

T: What has been the most important thing you have learned in your campaign?
EG: Running for City Council has reinforced my belief in personally touching voters by going out into neighborhoods, knocking on doors, and speaking to each person one-on-one.