Editorial note: This is the twenty-fifth in our series of electronic interviews with candidates in contested primaries at both the Statewide level and throughout Harris County. We have sent eight open-ended questions to each of the candidates. The following are verbatim copies of the questions sent out and the answers received. 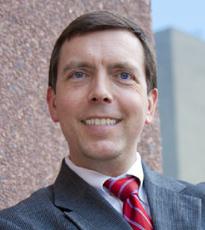 T: What office are you running for?
JE: Judge, 308th Family District Court

T: What is your profession/occupation?
JE: I am a family attorney.

T: In just a few words, what does the office you are running for do and what are its responsibilities?
JE: This court, like each of the nine Harris County family district courts, hears family law matters such as divorces, child custody disputes, child support cases, enforcement actions, name changes, and adoptions.

T: If you are running against an incumbent (primary or general), do you think the incumbent has failed? If so, why specifically
JE: The presiding judge in this court has the ability to appoint ad litem attorneys, amicus attorneys, and receivers in hundreds of cases each year.  The current Republican incumbent, Judge James Lombardino, appoints almost exclusively people who have donated to his political campaign.  Additionally, in the three years that he has been on the bench, he has appointed Jared Woodfill, the Harris County Republican Party chairman numerous times (and more than any other family judge in Harris County).  This sort of quid pro quo is inappropriate and not in the best interest of the children who are the subjects of the cases before the court.

T: What would be your three biggest priorities if elected?
JE: (a)  I will rule in cases in an impartial manner after carefully listening to the cases put on by litigants in my court, taking into account the best interest of children and fairness for the litigants.

(b) I will ask attorneys who are seeking appointments in my court to identify their strengths and let me know their background with regard to children, child development, child psychology and/or family systems so that I can appoint an appropriate person based on the family circumstances before the court.

(c) I will be on time and in court ready to hear cases by 8:00 a.m.  Currently, judges are often late and not on the bench until well after 9:00 a.m.  This results in the courts not being able to take time to hear the items set for that day.  These failures often cause litigants to appear in court multiple times for a single hearing or trial, which increases both the cost to the litigants and the likelihood that ongoing injustices will continue unnecessarily.  By not being tardy, I will be more likely to address the important concerns that litigants bring with them to the courthouse.

T: What distinguishes you from your opponent(s)? Why should people specifically vote for you?
JE: I will do the work required of a family judge with integrity and with an understanding of the enormous consequences of my decisions, both procedural and substantive.  I am energetic and a hard worker.  I understand Texas family law, the culture of Harris County, and the legal environment in the Harris County family courts.  At the beginning of my legal career, I practiced chapter 7, 11, and 13 bankruptcy law, so I have a necessary understanding of the complicated property issues that sometimes arise in divorces.  I am a certified family law mediator, and I understand the value and the limitations of mediation as a tool that can be used to resolve family law disputes.  Prior to attending law school, I taught in Louisiana public schools and worked as a Baptist minister for a number of years serving churches in Texas, Maryland, and Louisiana.  These prior careers give me an appreciation of the pressures that people face with regard to their family lives and decision-making.  In my personal life, I am a parent, a divorced parent, and an adoptive parent.  Finally, if elected, I will be the first openly gay family district judge in Texas.  Currently, GLBT residents of Harris County file adoption petitions in Bexar County, where the judges will decide the adoption based on the best interest of the child.  I will bring fairness to those potential adoptive families.

T: What is the most important thing you have learned thus far in the campaign?
JE: I have learned that the people of Harris County want honest, fair judges on the bench; and they are motivated to help good candidates get elected.