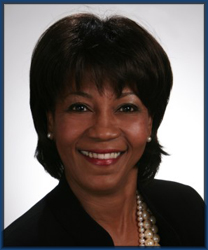 Every election night, the members of this board gather around our computer screens and begin clicking refresh every few seconds, for hours on end. We got to the website of the County Clerk, who first publishes local election results every time residents of Harris County go to the polls. Given that, with the exception of absentee and provisional ballots (which are not counted on election night anyways), the entire county votes on electronic ballots, and have been for many years, counting the votes should be relatively simple. But the office of the County Clerk, Stan Stanart, somehow takes its sweet time. Hours and hours later, those following online will surely be familiar with hasthag of “#FireStanStanart,” for the apparently general failure of duties.

It’s a cute slogan, but we would be awfully superficial to demand voters break from an incumbent because you don’t get election results for a few more hours. Unfortunately, this is not an isolated incident of ineptitude in office. While it is true that many of the county’s records have been updated and the electronic filing has now become the norm, this isn’t really because of any bright maneuvering on the part of Stanart. A few orders of the Texas Supreme Court’s Chief Justice have actually been needed to move Harris County into the 21st century, and even these transitions have been handled poorly.

But the County Clerk isn’t just about overseeing filings; as the first paragraph would suggest, he also serves as the Elections Administrator for the county. This board believes that such a position should be appointed and non-partisan, but as long as it isn’t, it should be served by someone at least willing to play a neutral part. Simply put, Stanart is not that person. He has possibly unethically blurred the lines between office and politics on numerous occasions. Most recently, he sent out a mailer, reiterating his role as Elections Administrator, urging constituents to vote the Republican slate. Over the summer, he showed up in a prominent role at rallies opposing things such as non-discrimination for gays and lesbians, which have nothing to do with his job.

Stanart’s Democratic opponent, Ann Bennett, is a good fit for the position. Though she has run for a plethora of positions in the past, she has more than 14 years experience as a Court Coordinator at the county level. Obviously, she is more than capable of working through the intricate ins-and-outs of the role.

Others have derided Bennett’s alleged lack of specifics in how she would rectify Stanart’s wrongs. We are simply flabbergassed that anyone could be so vacuous as to make such an asinine claim. Merely not committing possibly unethical behavior or engaging in general ineptitude would be a welcome shift, in and of itself. But Bennett would do more. Not looking at just climbing the political ropes, she would have the familiarity needed for a County Clerk, in order to oversee any changes needed for the department in coming years.

Accordingly, this board endorses Ann Bennett for County Clerk.

The Texpatriate Editorial Board is comprised of Noah M. Horwitz & Olivia Arena of Austin, George Bailey of Boston, Luis Fayad of College Station and Andrew Scott Romo of New Orleans. Editorials represent a majority of the voting board.

Just to sum up the results for those of y’all who have not been paying much attention to things, I will recap some of the big things that have happened. First, the expected winners were, by and large, the winners on Tuesday night in Statewide elections. Greg Abbott and Wendy Davis won their respective bids for Governor, John Cornyn easily beat back challengers for another nomination to the Senate, George P. Bush got the GOP nod for Land Commissioner and Stephen Brown got the Democrat nod for Railroad Commissioner. All three incumbent Supreme Court Justices who saw right-wing primary opponent were able to easily prevail.

In a few other races, the expected result happened, but in a very different manner. This was largely due to the fact that the Texas Tribune poll released about a week ago was total garbage. It was not worth the fictional paper it wasn’t printed on, to quote a friend. In these races, David Alameel and Kesha Rogers indeed will proceed into a runoff for the US Senate Democrat primary, as will David Dewhurst and Dan Patrick for the Lieutenant Governor Republican primary. However, the Tribune poll seriously miscalculated who would come in first and by how much. Instead of Rogers holding a commanding plurality lead, she hovered near 20% while Alameel was just a few perilous points so close to winning outright. Instead of the preconceived notion that Dewhurst would receive 40-something percent compared to Patrick’s 20-something, the roles were reversed.

END_OF_DOCUMENT_TOKEN_TO_BE_REPLACED

I drove into Houston this morning for a productive weekend to take care of some personal and professional business. Needless to say, one of the first things I did was to go to the West Gray Multiservice Center and fulfill my civic duty to vote. Regardless of what I may have said about the value of voting in the Republican Primary, I voted in the Democratic contest. I voted for the following candidates in contested races, which I have enumerated bellow the jump. Additionally, I cannot help but to note the good feeling I got out of voting for a fellow Horwitz for the second time in my life. My father, James Horwitz, is running unopposed for the Democratic nomination in County Probate Judge #4. These are only the races I personally voted in, and they may feature races Texpatriate has yet to field an official endorsement in.

END_OF_DOCUMENT_TOKEN_TO_BE_REPLACED

The Houston Chronicle reports that Kim Ogg, a longtime prosecutor and former director of CrimeStoppers, will run for the District Attorney’s office as a Democrat in 2014. Devon Anderson, the newly appointed District Attorney, wasted no time in noting that she will run for a full term herself in 2014.

The only policy issue that the Chronicle noted of Ogg was the previous District Anderson, Mike Anderson’s, reversal of the precedent in drug “trace cases,” where a nearly negligible amount of drugs such as crack cocaine would still constitute a felony.  The policy was reversed during the tenure of Pat Lykos from 2009 to 2013, but reinstated upon M. Anderson taking office.

Ogg is the daughter of Jack Ogg, a political legend from a previous generation. The senior Ogg, also a Democrat, served in the State House from 1967 to 1973, and in the State Senate from 1973 to 1983. During his last legislative session in the upper chamber, Ogg served as the President Pro Tempore.

Considering how viscerally negative the response of many in the GOP have been to D. Anderson’s appointment to the DA’s office, it is not a forgone conclusion that she will win the primary. I am not a betting man (Editorial note: That’s a damned lie, Noah), but I would reckon that next year’s GOP DA Primary would feature something of a three person race, between Anderson, a Pat Lykos backer and someone to the very far-right.

When it comes to the Democrats, all bets are off. For those who remember, last year the Democrats defenestrated themselves by nominating a complete loon for the post. That primary season was especially painful for Democrats, however, as our US Senate nominee couldn’t even clear a primary against literal no-names.

This news should also open up the conversation about our Countywide contests. As far as I know, Ogg and David Rosen for County Treasurer are the only Democrats running for all of Harris. The Clerks & County Judge still need candidates. Ann Bennett talked about running for one of the Clerkships last summer, but I have not heard anything recently about.

Big Jolly Politics & Off the Kuff have more.